The SEC has rejected the notion of a Bitcoin ETF several times over the last two years. Every time the rejections have hurt the price of Bitcoin. The reasons given have always been centered around the infant nature of the Bitcoin market, the volatility, the manipulation and the lack of oversight. However, are these views still fair? And does the SolidX VanEck ETF have a chance this February?

The first proposed BTC ETF came from the famous Winklevoss twins and was actually conceived of back in 2013. It wasn’t until 2017, however, that the SEC actually rejected it, making it the first rejected BTC ETF as well. It wasn’t long this time before the Winklevoss twins tried again and again failed. Since then, many other ETFs have been proposed, including ones from Direxion, ProShares, and most recently a SolidX/VanEck partnership, whose fate still hangs in the balance.

Before we get into why the SEC doesn’t seem to want to approve these ETF’s, it might be good to cover just what an ETF actually is. An ETF, or Exchange Traded Fund, is basically a financial product that allows investors exposure to an asset without all of the risks involved in direct trading. To put it simply, a BTC ETF would be a fund that holds $X amount of Bitcoin, and then “shares” of that fund are bought by investors, just like shares in a company. Bitcoin fluctuations still affect the price, but investors are less affected directly because their share of the overall fund remains the same. It is important to note investors never actually own any Bitcoin, but instead a share of a fund, whose value is determined by the value of the collective fund, and when a share is sold it is usually settled in fiat. 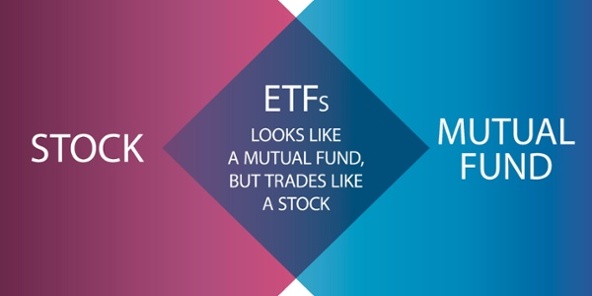 So what is so terrible about an ETF based upon Bitcoin? Well, when the SEC rejected the Winklevoss ETF for the second time back in July, they laid out their entire argument in a public statement. It is quite long, but the general sentiment is that it has not been shown that there is enough ability to regulate the underlying market for the ETF, that is Bitcoin.

The proposal for the Winklevoss ETF laid out that the Bitcoin market, due to its very nature, is actually highly resistant to manipulation. On top of this, the exchange trading the ETF would be in control of its product.

The SEC, however, felt that it could not be sufficiently proven that the Bitcoin market is resistant to manipulation, and basically ignored the fact that the decision was about the control of the ETF. This was famously pointed out by SEC member Hester Peirce who openly and publicly dissented from the SEC’s decision:

Apparently, Bitcoin is not ripe enough, respectable enough, or regulated enough to be worthy of our markets. I dissent: https://t.co/gH5zXaKtmj

Read more: Why does SEC Commissioner Hester Peirce fight for a Bitcoin ETF?

Now the only ETF still on the table is the SolidX/VanEck ETF, whose fate will be decided on February 27th, 2019. Will the SEC still decide the same way, or will this finally be the moment the market has been waiting for? Statements made by SEC chairman Jay Clayton are somewhat vague but seem to be hammering the same notions that the market is dangerously underregulated. Combined with a very lukewarm statement by Commissioner Peirce telling the public to not “hold your breath” on a Bitcoin ETF, it seems the overall culture of the SEC hasn’t shifted enough to inspire confidence.

However, all is not bleak. There have been some optimistic assessments, such as a report from Abacus Journal which cites a legal expert who feels that upon reviewing the delay announcement for the SolidX/Vaneck ETF, “it has given us ‘sky-high’ confidence that this will be the first Bitcoin ETF product approved by the SEC.” The sentiment is that the SEC is merely taking every minute it can to deliberate for such a big decision, but that it does intend for 2019 to be the year of the first ETF. Furthermore, the SEC did just recently launch a new Fintech Hub, to allow for more public engagement on new financial technologies, including crypto.

Ultimately, we will have to wait and see what happens next year. If the SolidX/VanEck ETF is rejected, it is likely just back to the drawing board, until the next financial institution steps up to try. Most agree it is only a matter of time until an ETF is approved, but as Hester Peirce said, “It could come tomorrow or in 20…