If the Lambo-lovin’ faithful across the internet are any indication, Bitcoin “hodlers” have been surprisingly patient during this nightmarish year. As you can see from this Reddit post, they’ve also kept their sense of humor:

Maybe it’s because they’re confident in the long-term story. Or perhaps they got in early enough that the latest batch of weakness doesn’t even matter.

Whatever the case may be, Bitcoin investors are about to get paid in big way, according to Fundstrat’s Tom Lee, who told CNBC in a recent interview that the signal for an imminent rally will come from emerging markets. Specifically, when the iShares MSCI Emerging Markets Index ETF


starts to rebound, he says, watch for Bitcoin

A relationship between the two struggling investments — the emerging-markets ETF is off about 8% so far this year, while Bitcoin has obviously been hit MUCH harder — has been forming of late. Lee says the correlation illustrated in this graphic could be key in predicting a reversal for Bitcoin: 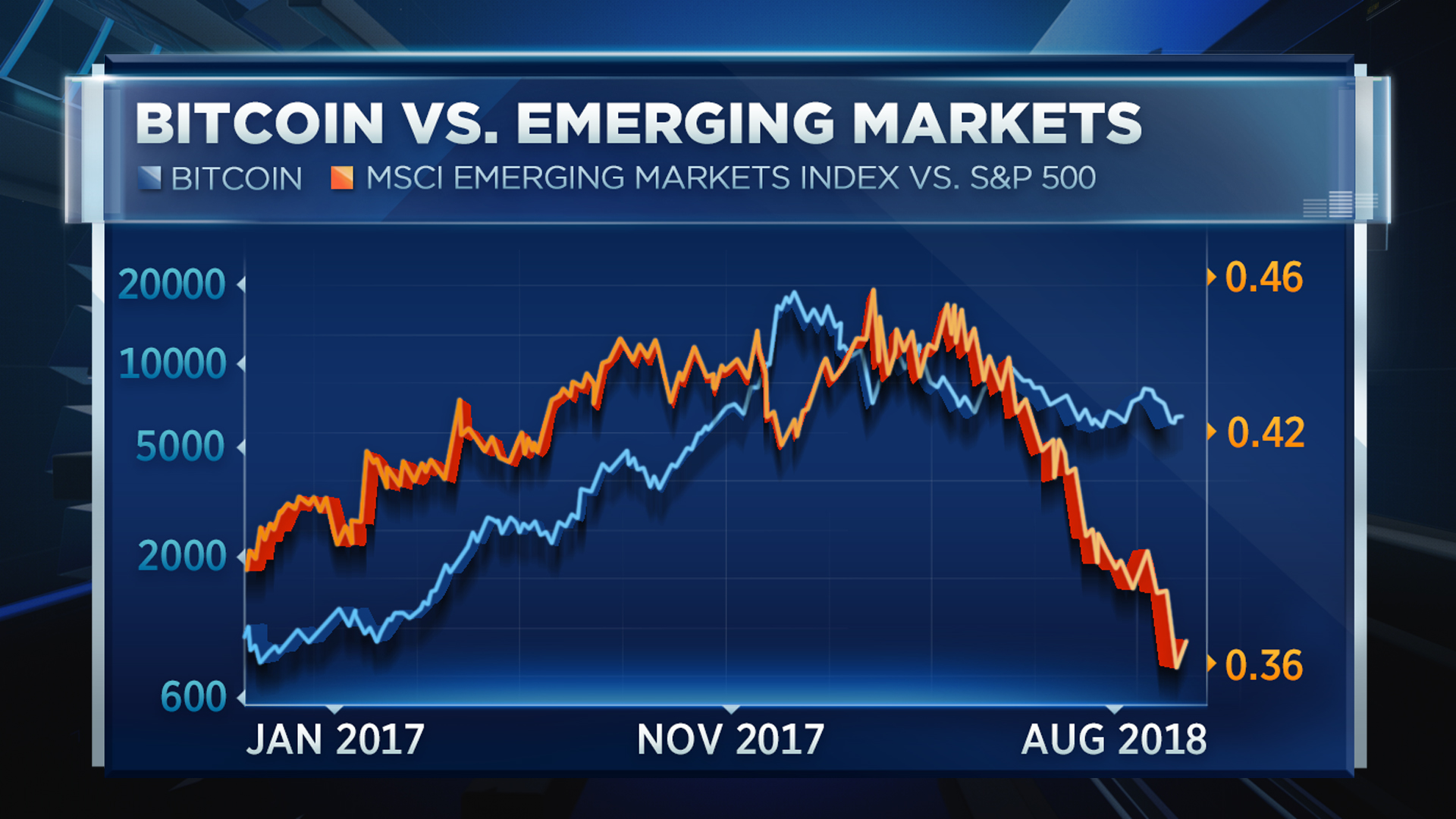 “Both really essentially peaked early this year, and they both have been in a downward trend,” Lee said. “Until emerging markets begin to turn, I think in some ways that correlation is going to hold and tell us that sort of the risk on mentality is those buyers aren’t buying Bitcoin.”

He explained that hedge funds avoid buying risk when there’s trouble in emerging markets. And when they aren’t buying risk, they’re surely not buying Bitcoin. But when that appetite for risk returns, Lee, in our call of the day, believes it’ll be enough to carry Bitcoin to $25,000. This year.

If the dollar weakens and the Fed taps the brakes on its rate-hike policy, Lee predicts the firepower that’s been waiting on the sidelines will jump in.

As for today’s market action, stocks are, again, looking up as we wind down August, which is normally a miserable month for equities. Clearly, that hasn’t been the case this time around.

Futures on the Dow