This picture taken on January 17, 2018 shows a visual representation of the digital cryptocurrency Bitcoin, at La Maison du Bitcoin in Paris

Bitcoin may be the fraud of the century, depending on whom you believe, or it could be a gold mine for early adopters.

Adventurous investors have already bought into the virtual currency and Wall Street is laying the groundwork for more wealth to flow into the cryptocurrency.

But nobody can say how big (or small) the Bitcoin story will ultimately become.

Bitcoin still cannot be used to buy even a loaf of bread. It cannot be purchased from a company or sold directly on a major financial exchange and it is backed by no central bank. And it also dissimilar to metals like gold or silver, with universally accepted value.

Such volatility is too nerve-wracking for most mainstream investors but the radical price swings hold appeal for short-term traders.

True believers in the currency, along with these short-term speculators, now have a variety of investment opportunities at various risk levels.

The most direct way to buy Bitcoin is on an exchange that specializes in cryptocurrencies, although many of those platforms are at risk of hacking. 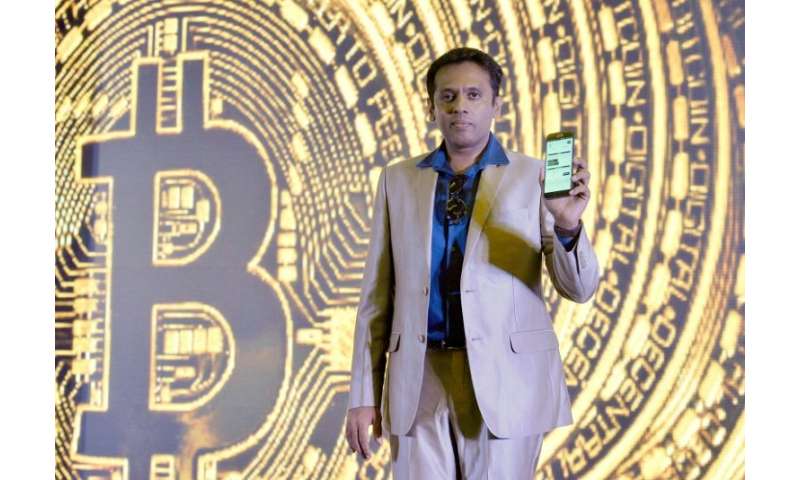 In this file photo taken on January 16, 2017 Indian Belfrics CEO Praveen Kumar poses for a photograph at a press conference during the launch of the firms’s Indian Bitcoin exchange operations in Bangalore on January 16, 2017. From its birth in an anonymous paper in 2008 to growth into one of the world’s most volatile and closely watched financial instruments in 2018, Bitcoin has lived through a tumultuous first 10 years

In late 2017, the Chicago Board Options Exchange became the first major exchange to offer a Bitcoin product, a move that gave a legitimacy to the currency.

Another option is to pick an investment vehicle composed of Bitcoin, such as the Bitcoin Investment Trust, which is managed by Grayscale Investments. But those interested in such ventures must transact in a private and bilateral basis and typically pay high fees.

Bitcoin believers are still awaiting the green light from regulators for exchange traded funds(ETF) that would track the movements of the virtual currency, a key step that could take the market more mainstream.

Yet many pension funds and other mainstream investors are likely to think twice before putting big funds into ventures that could soar—but could also sink.

The US Securities and Exchange Commission has rejected several proposed ETFs, including twice blocking ETFs proposed by the twin Internet entrepreneurs Cameron and Tyler Winklevoss. 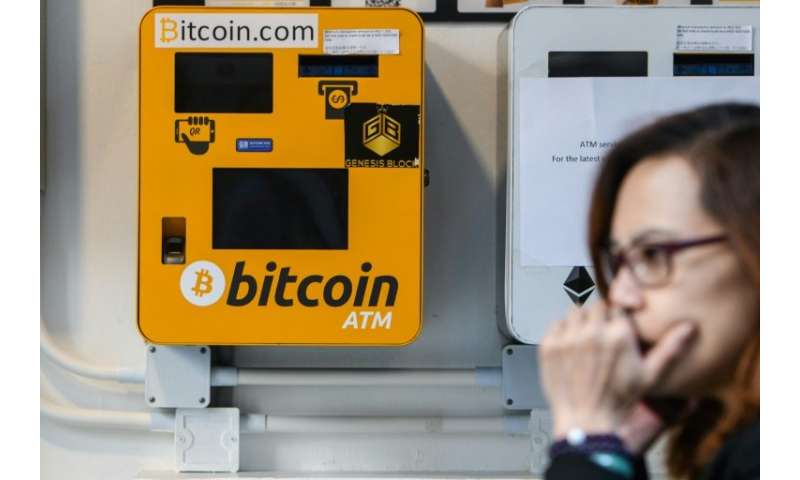 Each time, the SEC expressed concerns about fraud and manipulation, in part because it is still exchanged primarily on unregulated exchanges.

Most of the biggest names in finance are at least studying ways to participate in Bitcoin, although the steps so far have been incremental.

Jamie Dimon, chief executive of JPMorgan Chase, the biggest US bank by assets, famously called Bitcoin a “fraud” in 2017 and has continued to speak skeptically of it.

Since May, Goldman Sachs has served as a clearinghouse for trading Bitcoin futures for clients but has not offered Bitcoin investments yet.

But Fidelity Investments, the giant money manager, this month unveiled a new venture, Fidelity Digital Assets, that will execute trades in digital currency for clients and permit them to store Bitcoin or other digital assets with Fidelity.

And ICE, the parent company of the New York Stock Exchange, plans to launch its own Bitcoin futures contract in November. 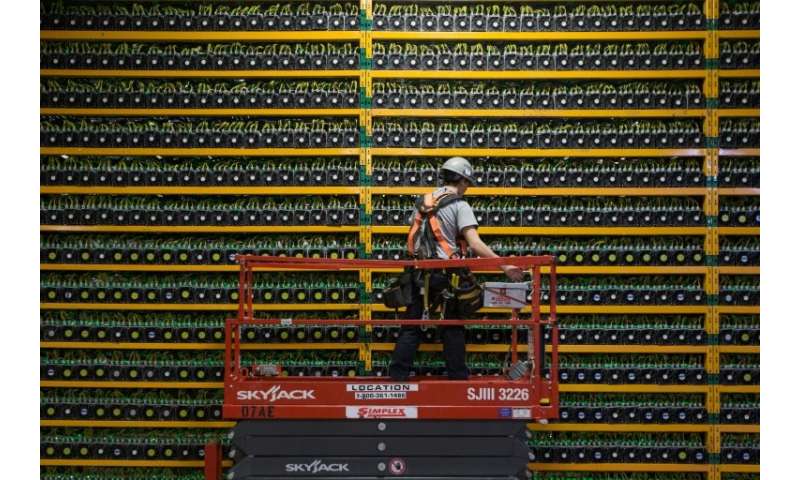 In this file photo taken on…
Article Source…