The Bitcoin price, still half its all-time high, has struggled to regain the levels it reached in late 2017, though climbed through last year after a disastrous 2018.

Amid regulatory scrutiny triggered by social media giant Facebook’s plans to launch its own answer to Bitcoin, Dorsey has vowed to help Bitcoin development through his payments company, Square—which said it’s “only a matter of time until instant, low-fee Bitcoin payments are as common as cash used to be.”

Twitter’s chief executive Jack Dorsey has previously declared his love of Bitcoin but is trying to … [+] give adoption a boost.

“For Bitcoin to become a widely used global currency—one that can’t be stopped, tampered with, or rigged in anyone’s favor—improvements to Bitcoin’s [user experience], security, privacy, and scaling are required,” Square’s cryptocurrency division wrote in a blog post this week.

“Square Crypto is focusing on Lightning,” Dorsey added via Twitter.

Square Crypto, which was created last year by Dorsey to spearhead Bitcoin and cryptocurrency development at the company, has said it’s building a development kit for Bitcoin‘s Lightning network, a way for smaller Bitcoin payments to be sent more quickly and cheaply without clogging up the Bitcoin blockchain.

“Because we are a consolidated team of open-source developers, we are in a strong position to coordinate on major projects that individuals may not have the time or resources to tackle,” Square Crypto added.

Bitcoin’s Lightning network has been praised by some as the potential saviour of Bitcoin transactions—something that will allow the clunky and encumbered original blockchain-based cryptocurrency to compete with the likes of more nimble dash, litecoin, and Ripple’s XRP.

However, it’s unclear exactly what mainstream adoption of the Bitcoin Lightning network would mean for the Bitcoin price. 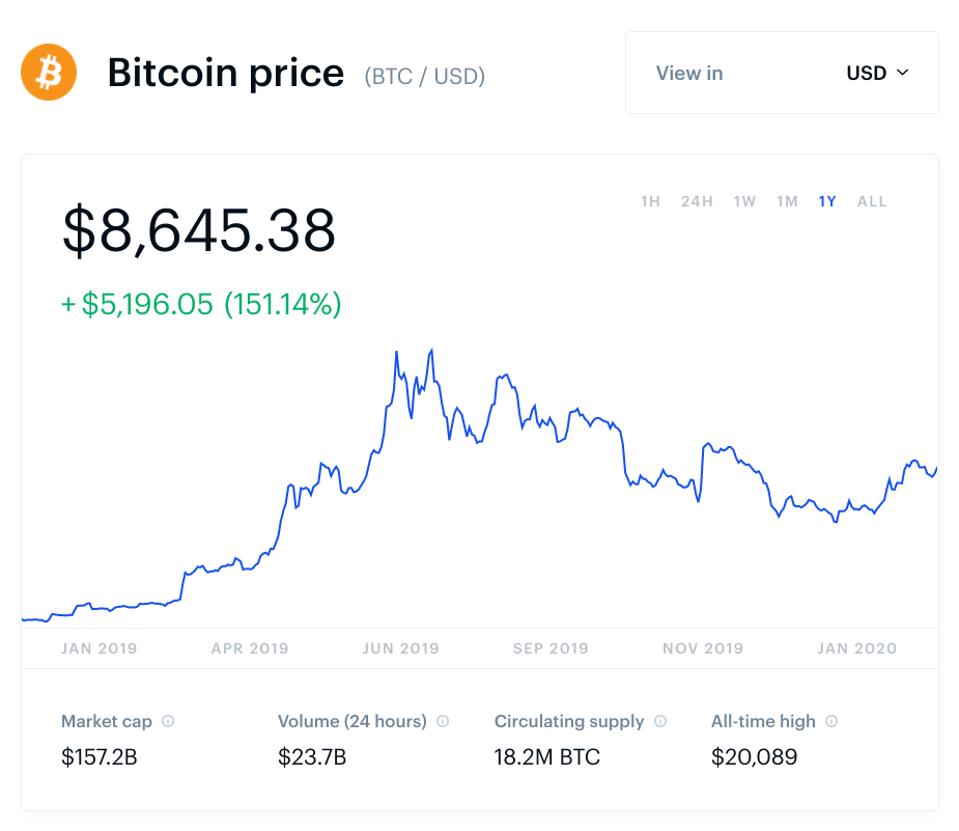 The Bitcoin price has climbed over the last year but remains far from its all-time high of almost … [+] $20,000 per Bitcoin.

Research carried out by Bitcoin and cryptocurrency exchange Bitmex this month found that development of Bitcoin‘s Lightning network “is still for hobbyists and technologists,” but revealed usage was ahead of expectations.

Meanwhile, Dorsey’s Square last week was awarded a U.S. patent for a network that enables crypto-to-fiat transactions in real-time.