The main reservation many investors have about Bitcoin is also what’s holding consumers back from using the cryptocurrency: It’s not mainstream. Although Bitcoin is borderless, because it’s not issued by any government, it’s not in widespread use—yet. 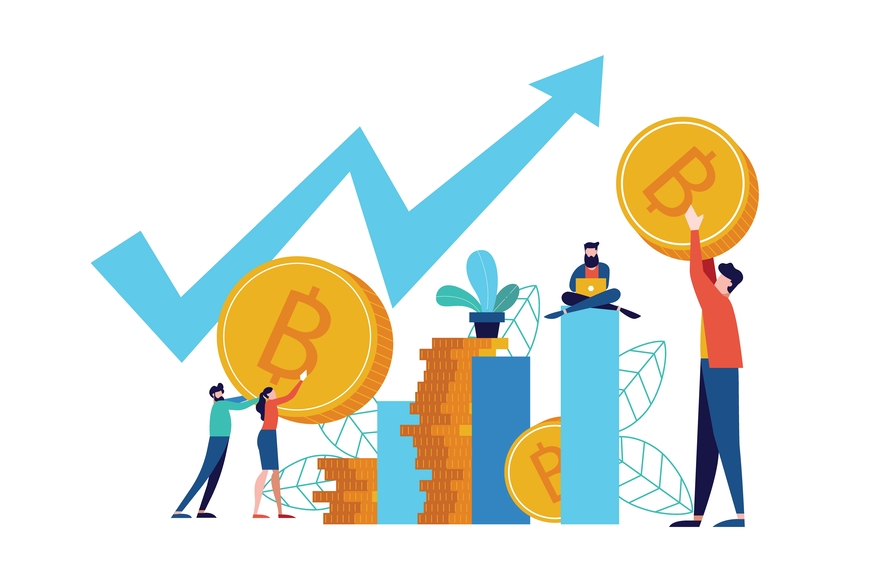 But developments under way likely will make Bitcoin a dinner-table word relatively soon. Academic research projects that Bitcoin and other cryptocurrencies will become mainstream within the next decade, but various developments suggest this will likely happen sooner than that.

Bitcoin’s mainstream use, the next chapter in the history of money, will potentially create new opportunities for investors regarding start-ups developing related products and services as they grow, go public and merge. Moreover, these opportunities will enable individuals to invest in Bitcoin itself, as a currency.

The mainstream emergence of Bitcoin and other cryptocurrencies has the potential to transform our dollar-centric society into one of diverse payment systems. Such a shift would have social as well as economic ramifications. Investors seeking to identify the wellsprings of opportunities around the corner would do well to track developments now advancing Bitcoin toward the mainstream.

How can Bitcoin go mainstream?

The developments that will converge to do this fall into three basic areas.

Bitcoin will soon be as convenient for consumers using debit cards, credit cards, or Apple Pay because of the emergence of Bitcoin wallets. Enabled by Lightning Network technology, these devices have snappy names like Rawtx and Éclair. In a few years, the use of this technology by consumers could be as common as mobile phones.

Currently, the only way to invest in various amply venture-funded startup firms developing Bitcoin applications is through ownership of private equity in related technology. Nor does there exist any public exchange for investing in Bitcoin as a currency, as investors do on FOREX, investing in the rise and fall in dollars, pounds, Euros, rubles, etc. against each other. But a venture is in the works to serve this and other Bitcoin functions, including transactions.

With the goal of setting up a comprehensive Bitcoin on-ramp serving investors, merchants and consumers, a company called Bakkt will launch in the fall as a subsidiary of Intercontinental Exchange (ICE), the company that owns the New York Stock Exchange, with partners Microsoft and Starbucks. ICE, which operates two of the world’s largest commodities futures exchanges—ICE Futures U.S. and ICE Futures Europe—is uniquely and powerfully positioned to gain regulatory approvals.

ICE’s involvement is expected to help clear regulatory brush from the path of institutional Bitcoin investments—exchange-traded funds (ETFs) that would be accessible to individual investors. The Securities and Exchange Commission has rejected applications for approval of various Bitcoin ETFs, but the emergence of a prestige player in the form of ICE is expected to make a critical difference. A key reason for this is that a Bakkt subsidiary would be a secure custodian for storage of Bitcoin and other cryptocurrencies. (When Bitcoin ETFs set up shop, big trading operations will likely drive up demand for Bitcoin and potentially its value.)

Another factor expected to ultimately ease regulatory approvals is that governmental cryptocurrency acceptance is growing apace. South Korea, Malta, and Switzerland have adopted regulations for crypto, prompting the U.S. House of Representatives to hold hearings to learn more about it.

Already, Bitcoin has broken barriers, with companies including Microsoft, Expedia and Intuit accepting it for payments. KFC customers in Canada can now buy some menu items with Bitcoin, and Kodak has announced the rollout of its own cryptocurrency–Kodakcoin. When a fried chicken chain and an old-school manufacturing company are going crypto, this is a far cry from the environment of skepticism and rejection that Bitcoin has encountered since its 2009 debut—condemnation that continues today despite undeniable gains in credibility.