Bitcoin and cryptocurrency investors have cheered U.S. plans to create a so-called digital dollar as part of a massive coronavirus-induced stimulus bill.

The Bitcoin price has climbed some 15% over the last 24-hour trading period, nudging $7,000 per Bitcoin, and sending the wider cryptocurrency market sharply higher.

The Bitcoin price has surged following news the U.S. is weighing the creation of a digital dollar, … [+] something that could be seen as a tacit endorsement of Bitcoin and the underlying blockchain technology.

The Bitcoin price had been sent higher yesterday by the Fed promising an open-ended commitment to keep buying assets under its coronavirus crisis quantitative easing measures.

If the U.S. were to create a digital dollar it could be seen as a tacit endorsement of Bitcoin and cryptocurrencies, especially if it were to use Bitcoin‘s underlying blockchain technology.

A provision for a digital dollar was included in a draft stimulus bill put together by the U.S. Democratic Party as a means to make payments to people and businesses hit by coronavirus-induced economic turmoil.

“This stops short of the party proposing to create a cryptocurrency for this purpose, and it is unclear whether it will make the final bill,” said eToro market analyst Adam Vettese in a note to clients, somewhat playing down the news.

The Democrat House Speaker Nancy Pelosi unveiled the $2.5 trillion spending bill yesterday, with the plan including measures to support homeowners and renters, and would see $10,000 in loan forgiveness for student borrowers.

However, there are no plans for the House to vote on the measures, which are seen as a list of Democrat demands for inclusion in the Senate bill.

The proposals said the digital dollar would work as “a balance expressed as a dollar value consisting of digital ledger entries that are recorded as liabilities in the accounts of any Federal [R]eserve bank; or an electronic unit of value, redeemable by an eligible financial institution (as determined by the Board of Governors of the Federal Reserve System).”

According to the draft bill, which runs to over 1,000 pages, the digital dollars would exist in a “digital dollar wallet, defined as “a digital wallet or account, maintained by a Federal [R]eserve bank on behalf of any person, that represents holdings in an electronic device or service that is used to store digital dollars that may be tied to a digital or physical identity.”

Calls for the U.S. to begin development of a digital dollar have been growing louder over recent months, with Federal Reserve chairman Jerome Powell saying he’s looking into the possibilities of a central bank digital currency

Powell told lawmakers in November that the Fed is analyzing “the costs and benefits of pursuing such an initiative.” 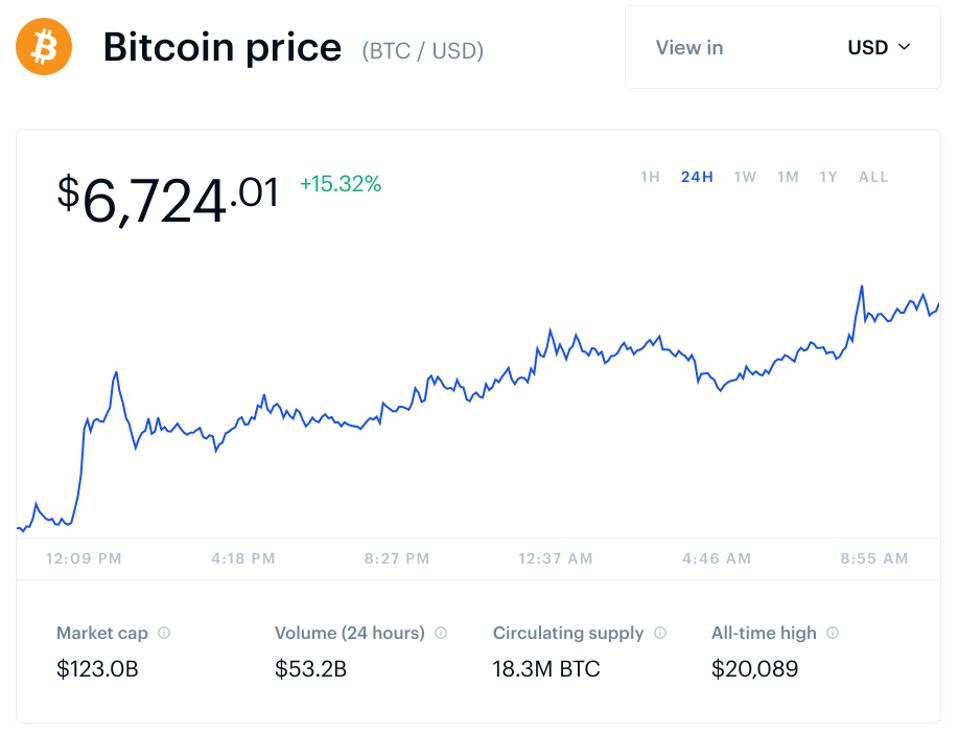 Elsewhere, Christopher Giancarlo, former chairman of the Commodity Futures Trading Commission, recently set up the Digital Dollar Foundation to work on the design and potential framework of a digital dollar.

Last year, in the wake of social media giant Facebook’s revelation it will launch its own digital currency this year, U.S. president Donald Trump attacked Bitcoin, branding it and other cryptocurrencies “unregulated crypto assets” that can “facilitate unlawful behavior, including drug trade and other illegal activity.”