After Monday’s move higher, Bitcoin oscillated on either side of $6,500, and in Thursday a single Bitcoin

But one analyst said Bitcoin’s lull may be coming to an end. “It’s only a matter of time now,” said Mati Greenspan, senior market analyst at eToro, speaking about a potential breakout for Bitcoin. “Of course, the flat-line pattern could easily remain for another few months, and that wouldn’t be a bad thing; however, there are signs of excitement boiling underneath the cool price action exterior.”

For Greenspan, the evidence is the rising number of transactions per second. “This is a classic indication that we’re nearing the end of the flat cycle.”

Transactions per second is a barometer for the scalability of blockchain technology, which has been a roadblock to adoption of the distributed-ledger technology.

Bitcoin transactions per second, per blockchain.com

If technical levels are breached expect a dramatic response from traders

Echoing the sentiment that the market is on the precipice of a move is Rob Sluymer, technical strategist at Fundstrat Global Advisors. “The coming 1-2 weeks could prove to be a near-term pivotal point for many cryptocurrencies,” he wrote in a Thursday research note.

“Why? The majority of cryptocurrencies have remained in narrow consolidations for weeks BUT many are testing important technical trading levels that, if breached, is likely to trigger a dramatic response by traders.”

Sluymer noted that the large-cap, midcap and small-cap indexes that the firm tracks are all pushing resistance, and a move above the index highs in September could be the catalyst for a run higher. 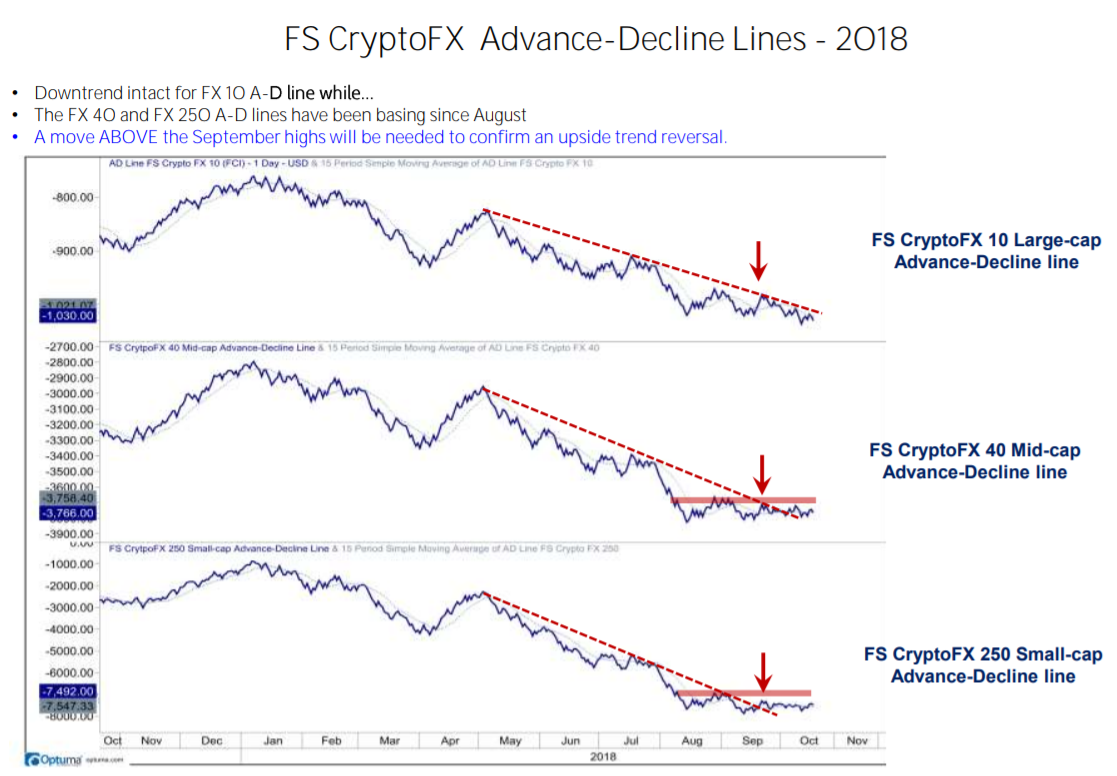 Read: Tight job market suggests crypto is here to stay — in one chart

Altcoins, the collective group of more than 2,000 coins other than Bitcoin, followed Bitcoin lower Thursday. Ether