The economic crisis in Argentina is driving investors to buy Bitcoin in order to protect their wealth, pushing the cryptocurrency’s price higher in-turn. In parallel, to satisfy the increasing demand, the first of 12 Bitcoin ATMs has already begun to operate in a Buenos Aires mall. The number of stores accepting Bitcoin also continues to rise.

Bitcoin Is a Safe-Haven During an Economic Crisis

As the country’s currency plunges, Argentinian investors and ordinary people are exchanging their pesos for Bitcoin (BTC) 00. In this regard, economist and mathematician D.H. Taylor writes,

As for substantiating evidence, Taylor refers to the chart below showing the weekly volume of Bitcoin purchases in Argentina:

One of the wealthiest countries in Latin America, Argentina is once again undergoing a severe economic crisis. In April 2018, the peso started plunging against the dollar at an unexpected speed.

Most economists agree that the devaluation of the peso is due to investors’ doubts about the government’s ability to contain its unrelenting inflation and to minimize the effects of the U.S. Federal Reserve interest rate increases, which have strengthened the dollar all over the world.

Taylor: The Biggest Solution is Bitcoin

So far, the efforts of Argentina’s Central Bank to stabilize the peso have been to no avail. As a result, according to Taylor, the Central Bank is exploring the possibility of diversifying into Bitcoin,

The biggest solution is Bitcoin, or BTC-USD and, according to the data, Argentinians are buying large amounts. At the same time, the Argentinian Central Bank is considering diversifying their currency reserves into BTC.

The Central Bank has already eased regulations regarding ATMs in the country. This easing of regulations has facilitated the installation of ATMs processing cryptocurrencies.

On September 19, 2018, Athena Bitcoin installed the first ATM designed to exchange the cryptocurrency in a mall, auguring that these machines will soon mushroom in Buenos Aires. 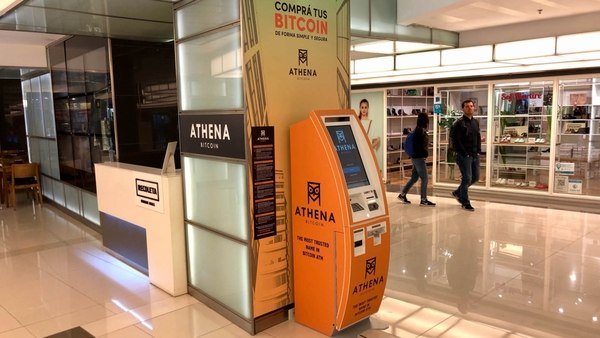 Indeed, according to Matias Goldenhorn, Athena Bitcoin Director for Latin America, 12 ATMs will soon be installed in the capital city. These units will operate with Bitcoin as well as other cryptocurrencies such as Litecoin, Ethereum, and Bitcoin Cash.

On the other hand, a variety of merchants are already accepting Bitcoin as payment. Taylor also highlights that “8,000 new Bitcoin pay stations are in convenience stores in Argentina.”

What solutions can Bitcoin provide to soften Argentina’s severe economic crisis? Let us know in the comments below.