The tussle between the federal government and Bitcoin has generated numerous headlines over the years. That fight is surprising, especially when you consider the U.S. government is one of the largest holders of Bitcoins.

The Bitcoins are typically sold off in public auctions conducted by the U.S. Marshals Service, which is a law enforcement agency within the Department of Justice. At least $1 billion worth of digital coins and possibly much more has spent time in the custody of U.S. law enforcement. As a result, the U.S. Marshal Service, which is responsible for sales of the confiscated Bitcoin, has become a major player in cryptocurrencies. (See also: US Marshals To Auction Seized Bitcoins.)

Crypto Price Volatility Is Messing Up The Government’s Plans

Several agencies within the U.S. government routinely seize valuable objects and precious metals and sell them off in auctions. But none of the assets seized have the price volatility of cryptocurrencies. This has given rise to novel situations and questions.

For example, a strategically-timed sale of Bitcoin, which has appreciated significantly in price, would have paid dividends for a government agency’s budget. But the U.S. government has been criticized for selling Bitcoins at a cheap price. (See also: Which Governments Are Hoarding Bitcoin?)

The average sale price for Bitcoins at the auctions held by the U.S. Marshals Service between June 2014 and November 2015 was $379 per token. Venture capitalist Tim Draper (pictured below) struck gold during the auctions by purchasing 30,000 coins at an estimated price of $18.5 million. At current prices, his stake is worth $300 million. That’s not a bad return for an investment of roughly 2.5 years. (See also: More Billionaires Are Buying Cryptocurrencies.)

The US government attempted to mimic Draper’s strategy last year. When the price of Bitcoin neared $20,000 in December 2017, government agencies attempted to sell 513 coins. By the time, they’d acquired the necessary permissions in mid-January, the price of a single Bitcoin was in a slump and down by nearly 50%.

One of the more interesting cases involving Bitcoin occurred recently, when local authorities in Manhattan busted a kidnapping and burglary case involving ether, ethereum’s cryptocurrency, in January 2018. The robber had wisely converted ethereum into Bitcoin, which has since appreciated in price. The authorities are in a conundrum over who should get profits from a sale of the loot.

How Many Bitcoins Is the U.S. Government Holding?

The Forfeiture.gov site, which records sales and seizure activities, should typically be the place to find out more about the total number of Bitcoins held by the government. But, according to the Fortune report, there is a lag between the publication date of an online report and the date of seizure. Reports are also not archived online and paper copies are not made. Bitcoin addresses linking wallets to owners are also not available.

Multiple agencies have seized Bitcoin over the years, making the state of affairs even more confusing. The absence of traceability for the government’s Bitcoin stash has serious repercussions for the overall Bitcoin ecosystem because it means that it is difficult to ascertain and establish ownership of the cryptocurrency, which is based on principles of transparency. 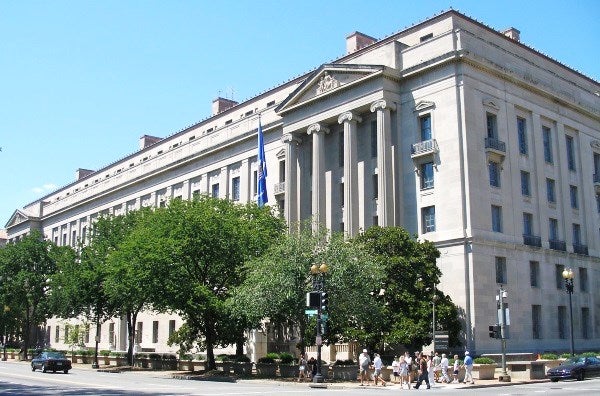 As an example, Fortune found that 322 Bitcoins were seized from a marijuana dealer in Texas in 2014, but there is no record of their sale. Effectively, this means that 322 Bitcoins within the cryptocurrency’s network could belong to addresses that have not transacted for a long time. In the end, they might even drop out of circulation.

Earlier this year, Arvind Narayanan, a professor at Princeton, conducted research about coins that are burnt and forever unspendable. “We have all heard stories of cryptocurrency owners losing private keys, and it is impossible to estimate how many coins have been lost this way,” he said.

Investing in cryptocurrencies and other Initial Coin Offerings (“ICOs”) is highly risky and speculative, and this article is not a recommendation by Investopedia or the writer to invest in cryptocurrencies or other ICOs. Since each individual’s situation is unique, a qualified professional should always be consulted before making any financial decisions. Investopedia makes no representations or warranties as to the accuracy or timeliness of the information contained herein. As of the date this article was written, the author owns small amounts of Bitcoin.