Ladislav Mecir is a 57-year-old computer programmer who lives in the small town of Jičín outside Prague in the Czech Republic. He has two grandsons; one is expecting a granddaughter next month. Even-keeled and soft-spoken, Mecir is not the stereotypical “Bitcoin Bro,” but he is the most prolific contributor to the subject’s Wikipedia page. Despite Bitcoin’s popularity in his home country, Mecir has never personally mined for it. In fact, he owns no Bitcoin whatsoever.

“I am writing for a version of me that does not know these things,” Mecir said during a video call. “I am writing the things that if I came not knowing anything, I would appreciate to see.”

Mecir found Wikipedia in the early 2000s when he was trying to make a career change. At the time, he was struggling to support his family on his high school teacher’s salary and several part time jobs. When he began applying for computer programming positions, he leveraged math concepts like lambda calculus he’d first learned through the site.

He first heard about Bitcoin in 2012. “This is going to change everything,” he recalled thinking. “I was surprised that something like this can even exist.” He decided to educate himself on how the blockchain technology worked. He found that expanding upon and monitoring Bitcoin’s Wikipedia page was a great way to learn more about a topic that is very popular in his country: The Czech Republic is home to some of the world’s most enthusiastic Bitcoin fans, as well as the first Bitcoin mining pool. Alza, an online retailer billed as the Czechoslovakian Amazon, accepts Bitcoin as a form of payment.

Ladislav Mecir, the most prolific editor of the Wikipedia page on Bitcoin.

Mecir devotes about two hours a day editing and maintaining cryptocurrency articles for both the English and Czech versions of Wikipedia. His family gently teases him about his time-consuming hobby.

Growing up in the Eastern Bloc, Mecir experienced intellectual suppression firsthand. His university forbade him reading all economic and scientific texts that were not approved by the regime. Even if Bitcoin is eventually shut-down by government regulation, Mecir believes its Wikipedia page should be preserved for historical reasons.

The Bitcoin Wikipedia article has been deleted and restored numerous times, because, Mecir supposed, so-called “Anti-Bitcoiners” think the currency is a scam that preys upon the innocent. Other editors have told him that Bitcoin is a Ponzi scheme, and therefore should not be afforded the legitimacy of a Wikipedia page. Mecir disagrees. “I don’t want any censorship. I hate it, certainly,” he said.

Bitcoin has had a rough year. The world’s first decentralized currency has plunged more than 60 percent since December. Coinrail, a South Korean cryptocurrency exchange, announced that it was hacked earlier this month highlighting widespread concerns about lack of security and weak regulation of global crypto markets.

Interest in learning about Bitcoin remains high. The English Wikipedia entry receives more than 64,000 page views per day. Mecir has contributed 1,276 edits to the article.

Bitcoin was invented by the person or group of persons using the pseudonym Satoshi Nakamoto. Thus far, Nakamoto has remained notoriously anonymous, but vandals occasionally edit the Bitcoin Wikipedia article to claim they are the inventor of the cryptocurrency. For example, an anonymous editor with a Greek IP address modified the page’s text to state that Bitcoin was invented by “me.” 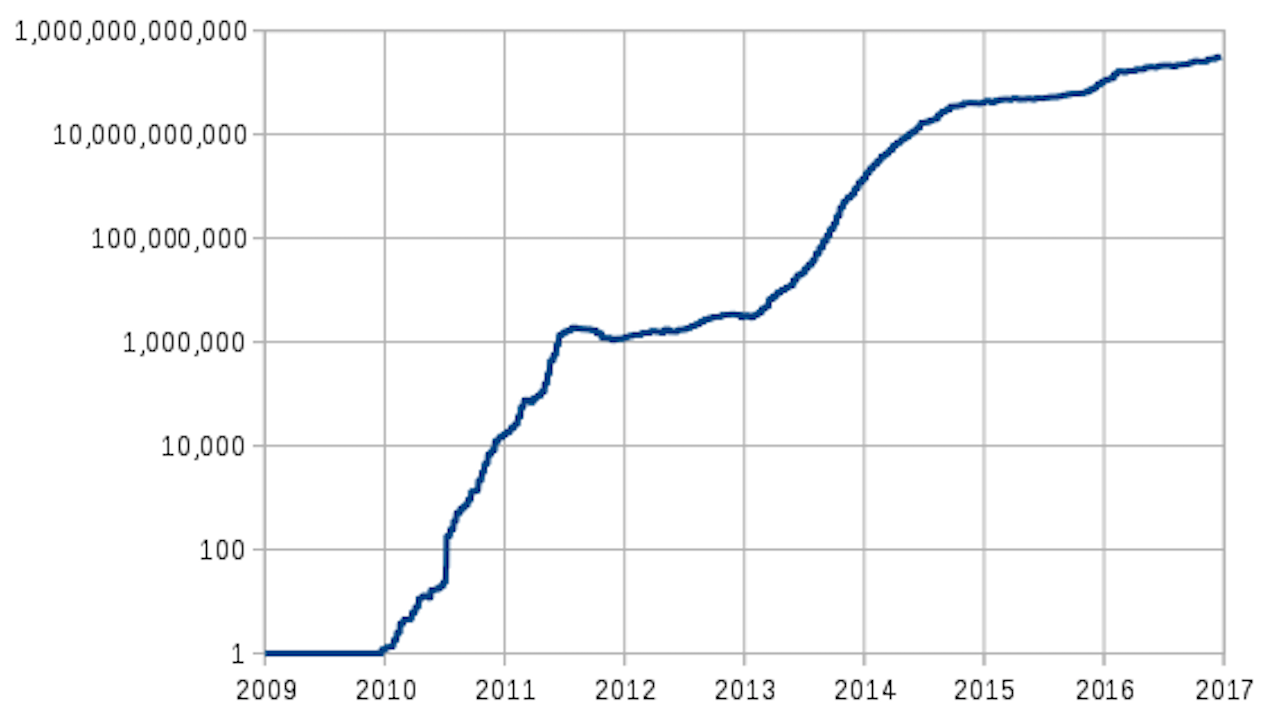 Mecir has even contributed some graphs to the Bitcoin page.
Mecir / Wikipedia 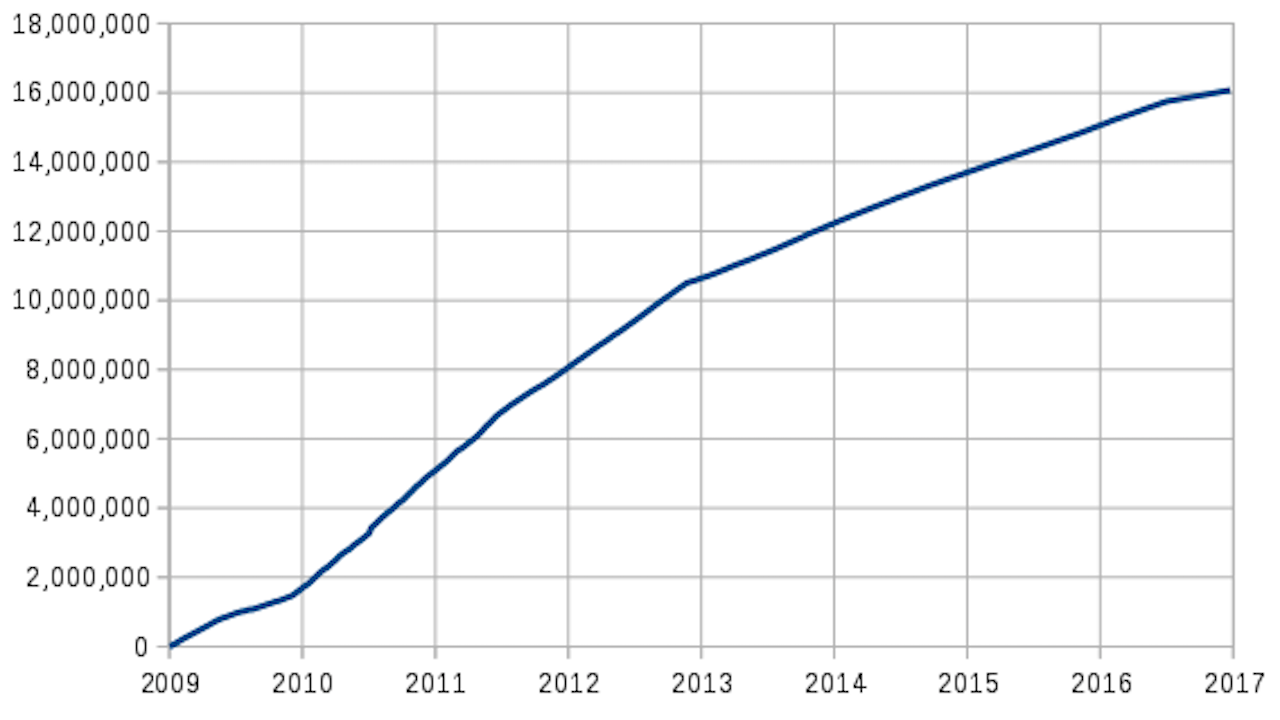 Mecir has even contributed some graphs to the Bitcoin page.
Mecir / Wikipedia

Although not technically impossible, Mecir believes it is highly unlikely Nakamoto would reveal his or her identity via spontaneous Wikipedia edit. By his count, he has redacted changes by more than a dozen imposters. Vandalism to the Bitcoin page has decreased substantially since a Wikipedia administrator “semi-protected” the page last October for the next two years, which locks the article from being edited by unregistered users (IP addresses) as well as new users with accounts less than four days old.

When he is not deleting bad edits from others, Mecir is working hard to make the Bitcoin page more informative. He is especially proud of two original charts: the difficulty of mining Bitcoin over time and the total Bitcoins in circulation.

Mecir considers cryptocurrency to be an important experiment in economics.  He compared crypto to the European Organization for Nuclear Research, commonly known as CERN. The largest particle physics laboratory in the world costs about $1 billion per year to operate. Mecir observed that, like CERN, cryptocurrency requires tremendous financial investment even though the public benefits are uncertain.

Behind the scenes, on the…