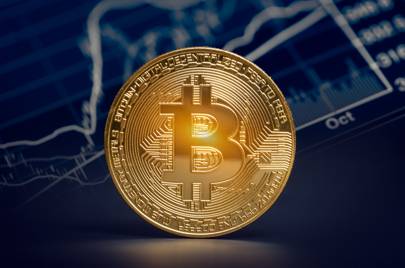 Your WIRED daily briefing. Today, the Bitfinex exchange may have used the Tether cryptocurrency to affect the price of Bitcoin, the rate of Antarctic ice loss is increasing, Nasa’s Opportunity rover has powered down to weather a dust storm and more.

Get WIRED’s daily briefing in your inbox. Sign up here

1. Cryptocurrency exchange may have been manipulating the price of Bitcoin

A new paper by researchers at the University of Texas at Austin’s department of finance indicates that someone at the Bitfinex cryptocurrency exchange may have artificially inflated the price of virtual coins including Bitcoin, ether and Zcash (The Verge). The instrument responsible for this distortion of the markets appears to have been Tether, a cryptocurrency with the same CEO as Bitfenix and which is supposedly backed by US dollars held in reserve. Analysing multiple cryptocurrencies’ public ledgers, which record their complete transaction histories, Amin Shams and Prof John M. Griffin found that the use of Tether to buy relatively small amounts of Bitcoin boosted the market performance of the latter, to that point where half of the $19,000 increase in the value of Bitcoin in 2017 appears to be linked to these Tether transactions.

2. The rate of Antarctic ice loss is increasing

A new Ice Sheet Mass Balance Inter-comparison Exercise (IMBIE) study has analysed more than two decades of satellite data to establish that Antarctica is currently losing ice at a rate of 159 billion tonnes per year (BBC News). That 2017 ice loss figure is up from 52 billion tonnes lost in 1992. In total the frozen continent has shed around 2.7 trillion tonnes of ice in the past 25 years, causing global sea levels to rise by 7.6mm. Some of the data has a large margin of error but the observations of both satellite imaging and gravitational measurements, which allow the ice sheet to be weighed, indicate a clear and worrying trend that’s set to accelerate.

3. Nasa’s Opportunity rover has powered down to weather a dust storm

Mars is currently experiencing one of the thickest dust storms we’ve ever witnessed and Nasa’s solar-powered Opportunity rover has powered down in the hope of surviving to report back after the dust clears (Ars Technica). Other Nasa instruments, including three orbiters and the nuclear-powered Curiosity rover, are continuing to monitor and send back data about the storm, which currently covers 35 million square kilometres of the Martian surface – around a quarter of the planet. The main risk Opportunity faces is its batteries being damaged by extreme cold while it’s powered down – warmth generated by its other hardware usually helps to keep these within their optimal temperature range.

Glen Weyl, a personable, 33-year-old American with curly dark hair and blue eyes, says that he wants to address a bunch of seemingly intractable problems including economic stagnation, inequality, corporate abuse, the housing crisis and liberal democracy’s failings (WIRED). His solution? Abolishing private property, and doing away with the “one person, one vote” rule. And that’s just the start. The full plan is in Radical Markets, the book Weyl co-authored with University of Chicago professor Eric Posner. Weyl says that, like innumerable recent political essays, Radical Markets was partly conceived as a reaction to the political upsets of 2016 including Brexit and the election of Donald Trump to the US presidency.

5. Telltale is making a Stranger Things adventure game and Minecraft is coming to Netflix

Telltale Games is making a Stranger Things adventure game in the same vein as its successful series based on licences including The Walking Dead and Game of Thrones (TechRadar). Meanwhile, Netflix has licenced Telltale’s Minecraft: Story Mode to become its next interactive story series. While it’s not entirely clear how the streaming adaptation will work, Telltale’s game structure, which hinges on decisions made by the player in quick time event sequences, is likely to mesh well with Netflix’s experimental choose-your-own-adventure style interactive video controls.

It was a busy Friday evening in March 2015 when Uber driver James Farrar picked up three women from Canary Wharf in London Docklands. They were drunk, putting their feet up on the headrests and demanding he turn on some music. It was, for Farrar, like any other Friday night as an Uber driver. And it still was when he stopped at a set of traffic lights in nearby Aldgate only for one of the passengers to open the back door of his car and vomit on to the road.

WIRED 05.18 is out now. As Apple closes in on becoming the first…