The world’s largest exchange group is pulling ahead in the nascent Bitcoin derivatives market and its rival has retooled its product to stay in the race.

Volumes of Bitcoin futures listed by CME Group doubled in July and have continued to increase in August, even as the price of the digital currency collapsed.

Such growth has been lacking at fellow Chicago exchange operator Cboe Global Markets, which last December launched its own Bitcoin futures contracts one week before CME.

The two exchanges are under pressure to gain traction because it is rare for similar futures contracts to flourish in more than one venue. A third company, Intercontinental Exchange, plans to offer its own Bitcoin futures in November.

Cboe this month quintupled the number of Bitcoin contracts any one trader may hold to match the limits in place at CME. The move would “promote competition” and provide “more of a level playing field” between CME and Cboe, “enabling market participants to trade between the two products”, the company said in a regulatory filing. Cboe declined to comment further. 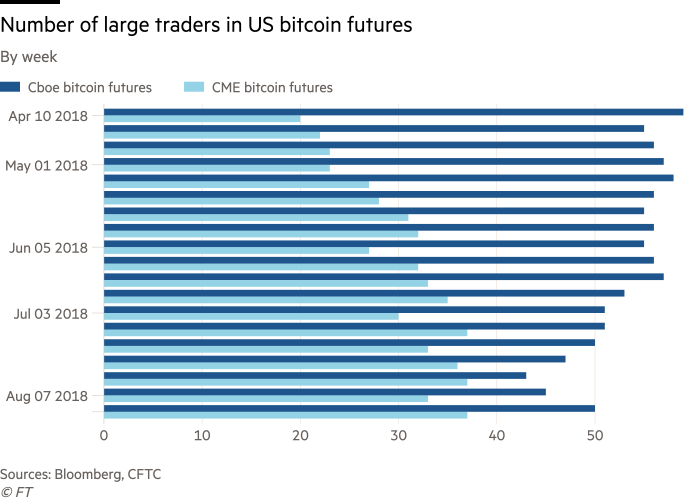 Both CME and Cboe have sought to build liquidity by paying high-volume traders. Last week, CME extended a programme of rebates for Bitcoin market-makers until at least February 2019, a regulatory filing showed. 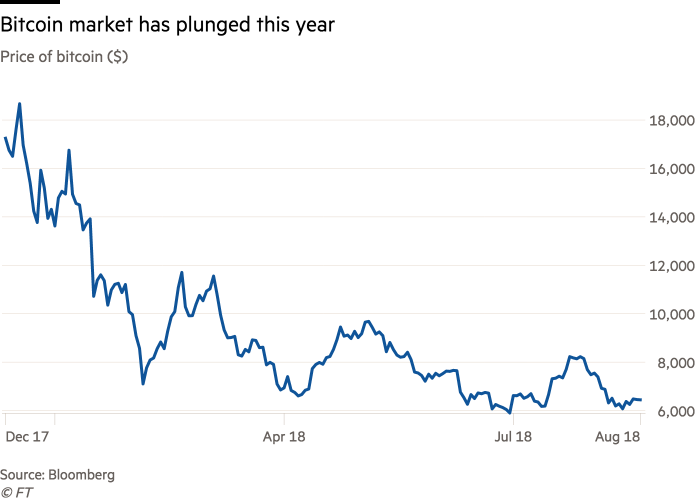