BlockTower Capital, a hedge fund which manages more than $130 million in client assets, made a $1 million bet last year that Bitcoin’s price would go above $50,000 by the end of 2018. The Hedge Fund is expected to lose over $1 million in options by the end of the week.

One of the largest crypto hedge funds in the world, which manages hundreds of millions of dollars in client assets, has made a shocking bet that it’s bound to lose by the end of the year.

BlockTower Capital’s co-founder and current chief information officer, Ari Paul, made a bet on behalf of the company on December 20, 2017, specifying that Bitcoin would be worth more than $50,000 by the end of 2018.

According to Business Insider, the bet would have enabled Paul, who spent just under $1 million on call options, to buy 275 Bitcoins at $50,000 apiece any time before December 28, 2018. In total, if the options were exercised BlockTower could have spent up to $13.8 million.

However, with Bitcoin currently trading at around $3,800, it’s safe to say that BlockTower Capital won’t exercise those options. 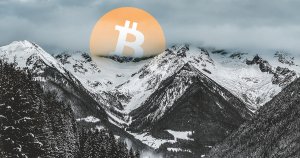 At the time, the company stood by their decision saying it was a way to “risk a little to win a lot.” During an interview with CNBC on December 26, 2017, Paul said that “it was not a bet that something will happen, but a bet that something could happen,” and that he liked the odds and payout of the move.

Fast forward to December 2018, Paul told Business Insider that they “were not betting on or expecting” a Bitcoin rally. He claimed that the options were a way for the fund to maintain exposure to an extreme rally while reducing overall crypto exposure.

Perhaps Paul’s bet falls into the list of other lackluster 2018 predictions.

Despite the amount of press they’ve received, BlockTower Capital and Ari Paul aren’t the only ones betting on the future of crypto. Earlier in December, Morgan Creek Digital Assets publicized a bet that the Bitwise index fund of cryptocurrencies would outperform the S&P 500.

Many believe that the bet is a direct challenge to those who see cryptocurrencies as “Ponzi schemes” and believe Bitcoin and other coins will eventually be rendered worthless.

The challenge is as a ‘Buffet Bet’ 2.0, a nod to Warren Buffet’s bet of $1 million that S&P index funds would outperform a selection of actively managed hedge funds. Buffet’s winning bet got him a return with a 7.1 percent interest compounded annually, which is more than three times larger than the 2.2 percent return the selection of hedge funds got.

While BlockTower Capital’s bet is lost, there is still time for Bitcoin’s price to recover in 2019.

Commitment to Transparency: The author of this article is invested and/or has an interest in one or more assets discussed in this post. CryptoSlate does not endorse any project or asset that may be mentioned or linked to in this article. Please take that into consideration when evaluating the content within this article.