Bitcoin and other digital currencies have stumbled out of the blocks Tuesday, with all major coins in the red in New York.

The price of a single Bitcoin

Recent price action has one analyst concerned that a deeper correction could be on the horizon. “In the middle of the previous week the rally got stuck near $8,300 level and since then the Bitcoin’s price has slowly decreased,” wrote Alexander Kuptsikevich, analyst at FxPro.

Kuptsikevich said if Bitcoin does surrender support below $8,000 it would set up a selloff signal for technical traders.

Irrational exuberance in trading is coming to an end

The volatile price action of cryptocurrencies in 2018 has caused some investor fatigue, according to one asset-management firm. However, the Santa Monica, Calif.–based Element Asset Management said it believes this behavior is coming to an end.

“The retail investor that has been forced to perpetually adjust their decisions in response to the market has likely lost the patience to continue making rational decisions. This investor has likely entered into a period of extreme decision fatigue,” wrote Element’s portfolio director, Thejas Nalval, and Kevin Lu, the firm’s director of quantitative research.

“The long-term implications of this change of behavior can be theorized and debated for months. We, however, choose to view this decision fatigue as a possible signal that the irrational exuberance is coming to an end and that the market fundamentals are now shaping up to a point that will see rational speculation drive price action in a more orderly manner.” 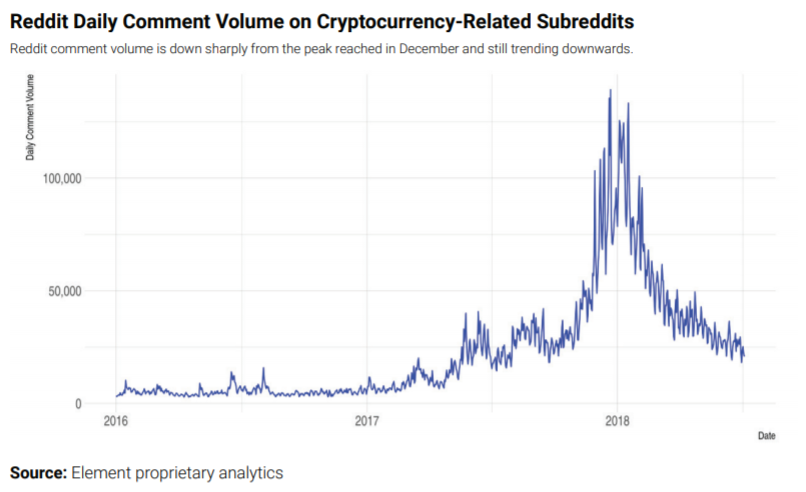 Read: These may be the 3 biggest hurdles to a Bitcoin ETF

Altcoins, or coins alternative to Bitcoin, are underperforming Bitcoin Tuesday. This trend has pushed Bitcoin’s share of the total cryptomarket to a 7-month high of 48.4%, according to data from CoinMarketCap.