Supply-Side metrics or indicators include hash-rate, difficulty ribbon, Bitcoin addresses, etc. While demand side would include Market Value/Realized Value (MVRV), NVT Ratio, and so on.

Expert on-chain analyst and market analyst, David Puell, had designed a new Bitcoin indicator, the Puell Multiple. It accounts for the supply side metrics of Bitcoin. Glassnode research which recently listed the metrics, tweeted,

While halving on the horizon, the supply-side could have a strong effect on the price. Hence, fractals or levels from the past could be helpful in determining the current state.

The Puell multiple during the last halving was in the range of 1.25-1.75. The ratio is reaching similar levels three months before the event. However, it is still a little early to confirm the previous range.

Moreover, since post halving, the coin issuance ratio would decrease by half, the ratio would turn towards over-sold regions.

At the current levels there seems to be a level of parity between the rewards and mining cost. However, post halving in May, the ratio would flip to its’ lower bounds. This could cause the price to move up further post halving.

According to cryptopoiesis’s regression analysis for the halving in 2020,

Eyeballing the 365day SMA of the Puell Multiple between the values shown in the the graph above would imply a price in the range from $8,889 to $17,778, that of course if the halving would occur, once more, at Puell Multiple level of ~1.6.

Furthermore, as the hash rate continues to make ATH, the difficulty is also rising. The Hash Rate is currently above 115 mln Th/s at the moment, it reached a high above 120 mTh/s during beginning of bull run this year.

However, the ribbon is expected to squeeze further after the halving, hence, if a price fall drives out miners before halving, the expansion would could be delayed for a latter time.

Do you think that price will correct lower or $8000 will hold for miners? Please share your views with us. 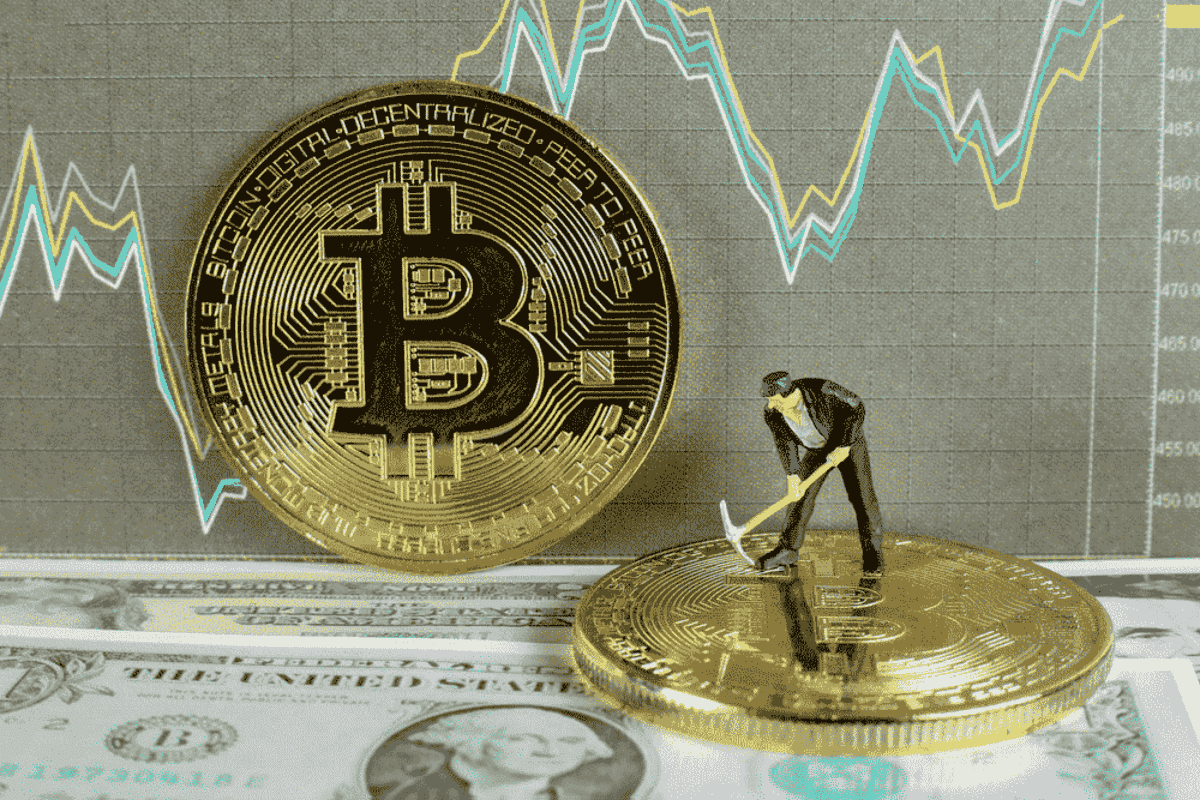 Coingape is committed to following the highest standards of journalism, and therefore, it abides by a strict editorial policy. While CoinGape takes all the measures to ensure that the facts presented in its news articles are accurate.

Disclaimer
The views, opinions, positions or strategies expressed by the authors and those providing comments are theirs alone, and do not necessarily reflect the views, opinions, positions or strategies of CoinGape. Do your market research before investing in cryptocurrencies. The author or publication does not hold any responsibility for your personal financial loss.