The Bitcoin price, now up 15% so far this year, has added 5% to its value in the last 12-hour trading period. The jump in the Bitcoin price came shortly after news of Iran’s missile attack on U.S.-led forces in Iraq early on Wednesday.

[Updated 7:10pm EST 01/09/2020] The Bitcoin price has fallen back following U.S. president Donald Trump’s comments downplaying the situation in Iran and suggesting “Iran appears to be standing down.” Meanwhile, rockets have apparently been fired at the U.S. embassy and military facilities in Baghdad. The Bitcoin price dropped to just under $8,000 per Bitcoin following Trump’s White House speech.

People across Iran have mourned the killing of General Qasem Soleimani by the U.S. military in Iraq. … [+] The escalation in tensions between the U.S. and Iran has pushed up safe-haven assets such as gold, with the Bitcoin price also climbing.

The Bitcoin price, down almost half from its 2019 high, surged around $600 in a matter of minutes to almost $8,500 per Bitcoin on the Luxembourg-based Bitstamp exchange before falling back slightly to trade around $8,300.

Bitcoin followed traditional safe haven assets gold and the Japanese yen higher with Iran’s retaliation raising international concerns the conflict between the U.S. and Iran could continue to escalate.

Gold prices have hit their highest since March 2013.

The price of oil has also soared, with brent crude up 2.5% to around $70 per barrel on concerns there could be disruption to oil supplies from the Middle East.

U.S. president Donald Trump said via Twitter he will be making a statement on Wednesday morning, adding: “All is well! Assessment of casualties and damages taking place now. So far, so good!”

Bitcoin and cryptocurrency watchers have long speculated whether the Bitcoin price could eventually perform in the same way as traditional safe haven assets, though this has so far failed to happen consistently.

“The resemblance between digital gold and the physical stuff is uncanny,” Mati Greenspan, the founder of crypto and financial analysis outfit Quantum Economics, wrote in a note ahead of Bitcoin‘s latest rise. “They’ve basically been moving in a very similar pattern throughout most of last year.” 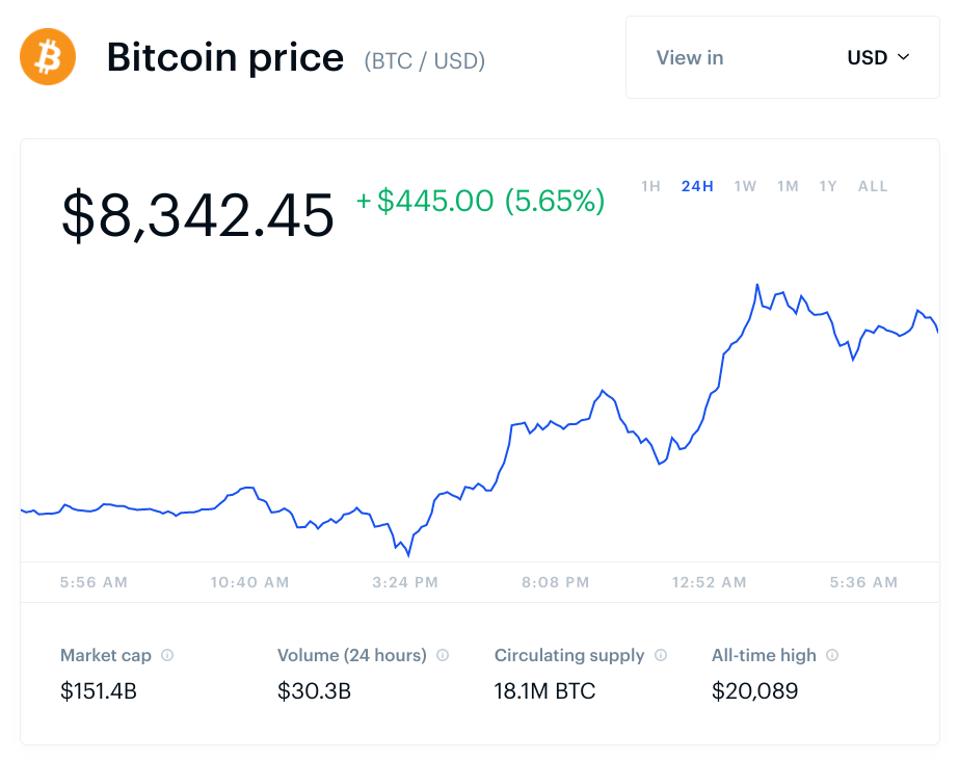 Meanwhile, after general Soleimani was killed by U.S. forces in Iraq it was widely reported the Bitcoin price in Iran had soared to around $24,000—this was, however, based on a common misunderstanding of exchange rates in Iran.