BTC/USD rose above $9000 March 20 and found broad support at that level before news involving Binance and Japanese regulators sent prices tumbling by $500 in hours.

Altcoin markets  followed suit, the top 10 assets losing around 50 percent more than Bitcoin against the dollar according to cross-exchange data from Coin360. 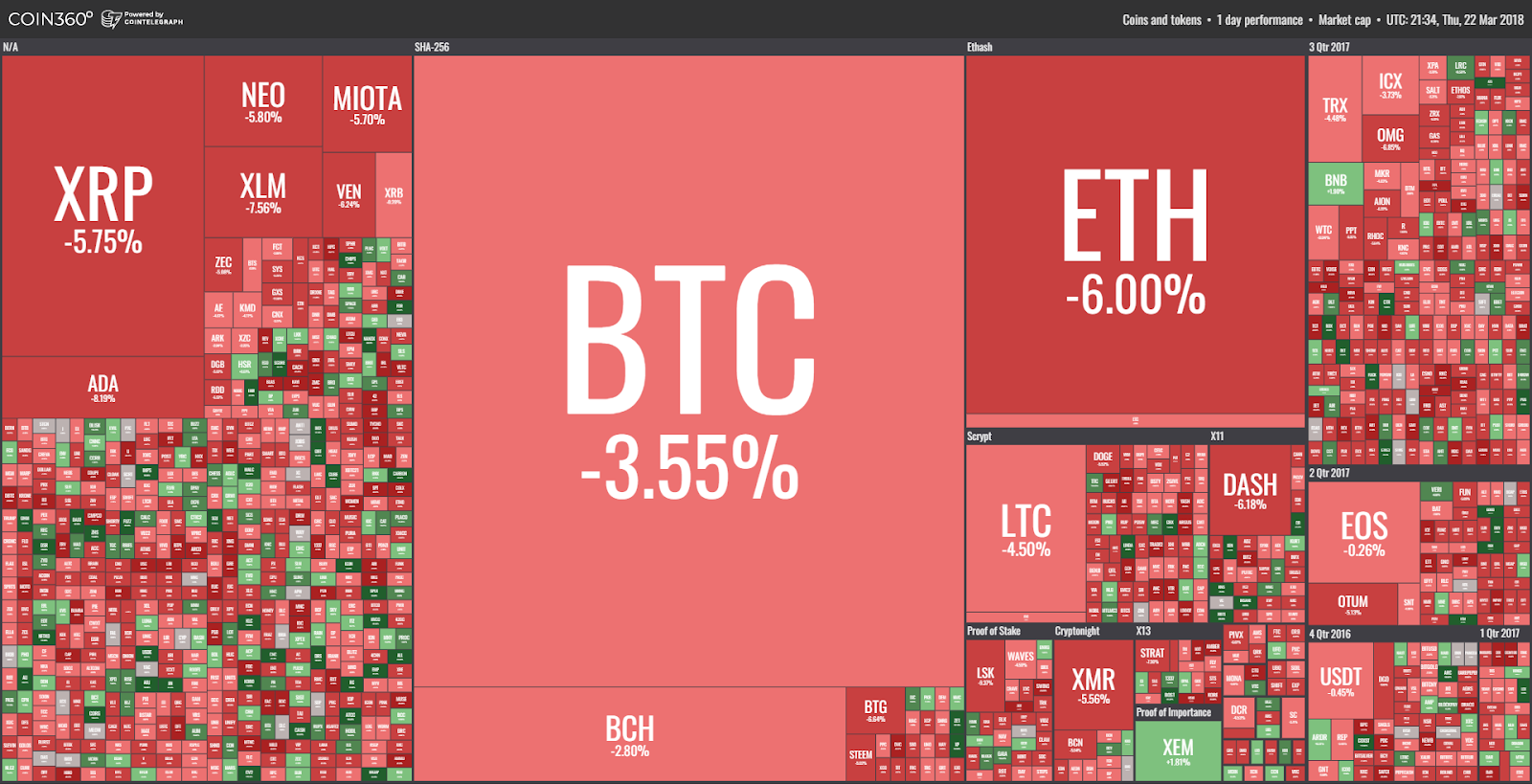 Local Japanese media outlet Nikkei reported March 22 that Hong Kong-based Binance, which is currently the world’s largest exchange by trade volume, was to be ordered to shut down operations in Japan for failing to register with the Financial Services Authority (FSA).

Bloomberg then disseminated the reports, which received widespread traction on social media.

At the time, some private sources refuted the information, producing screenshots of Binance co-founder He Yi dismissing the alleged problem.

The upside is now we have a voice too. A big upside. I think it outweighs the negative.

Prior to the debacle, cryptocurrency investors had reacted warmly to positive regulatory events on the other side of the world at the G20 Summit in Argentina.