July 31: Crypto assets are posting market-wide losses on the day, with Bitcoin (BTC) dipping back below the $8,000 psychological price point and virtually all coins in the red, according to data from Coin360. 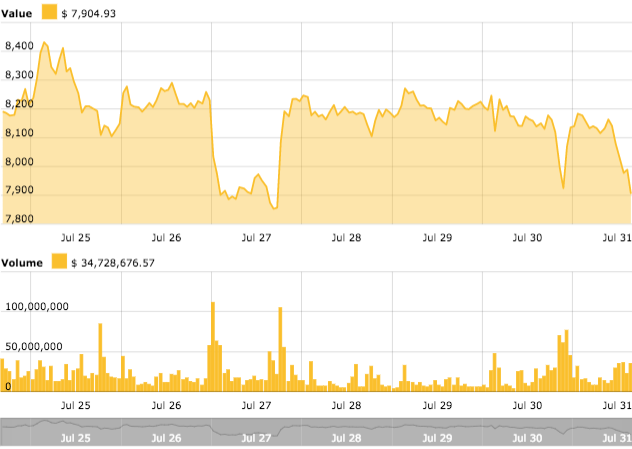 Bitcoin’s weekly price performance is now in the red, down around 4 percent, but monthly growth remains around a bullish 22 percent.

Ethereum (ETH) is trading around $432 at press time, down around 5.7 percent on the day. The altcoin has taken a steep hit, losing over $40 in value since early trading hours, $14 of which it lost within the 90 minutes before press time. Ethereum’s weekly and monthly price performance are now around 10 and 5 percent in the negative. 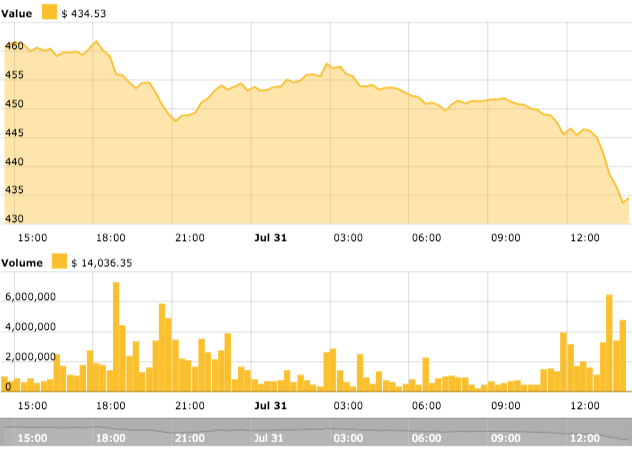 On CoinMarketCap’s listings, all of the top 10 coins by market cap are down between 3 and 11 percent on the day.

Around $10 billion has been wiped from the total market capitalization of all cryptocurrencies on the day. After a weekly high of $303.7 billion, total market cap is now around $281 billion. 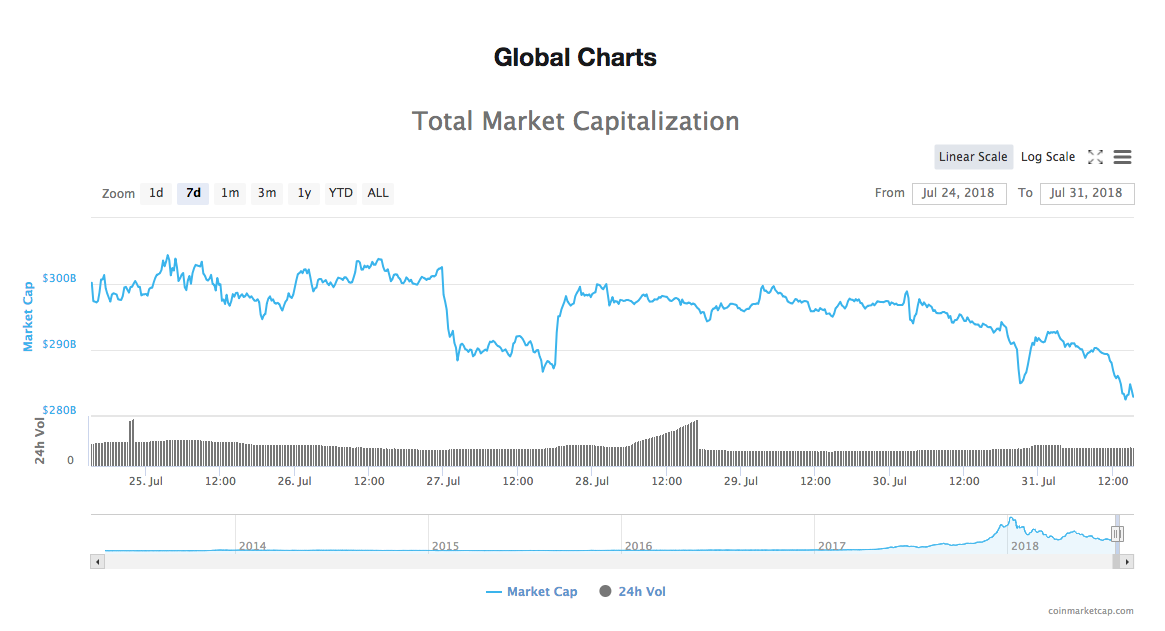 Total market capitalization of all cryptocurrencies from CoinMarketCap

While the markets remain shaky in the short term, two new financial reports have indicated that major players in both the emerging crypto industry and the traditional financial sector have been reaping handsome profits from their crypto-related ventures.

Yesterday, figures cited by Fortune for crypto mining hardware giant Bitmain suggested the firm earned around $1 billion in net profit in the first quarter of 2018, with an estimated $2 to $3 billion in future profit for the entire year.

Today, online banking service provider Swissquote reported a 44 percent surge in profits in the first half of 2018, an uplift attributed to the “crypto boom” earlier this year. In July 2017, the Swiss-based online bank was credited by many with becoming “the first” European online bank to launch Bitcoin trading accounts for its clients.