Data from Cointelegraph’s price tracker and Coin360 depict a sixth day of relatively stable activity for Bitcoin, which has remained range bound between $6,250 and $6,600 since August 14.

Contrasting with volatile conditions witnessed through the second half of July and first weeks of August, the newfound stability has not gone unnoticed, analytics resource Diar revealing Monday that volatility has dropped to a fourteen-month low.

At press time, BTC/USD traded around $6,430 across major exchanges, corresponding to practically flat daily activity, while investors remain down around 15 percent over the past 30 days. 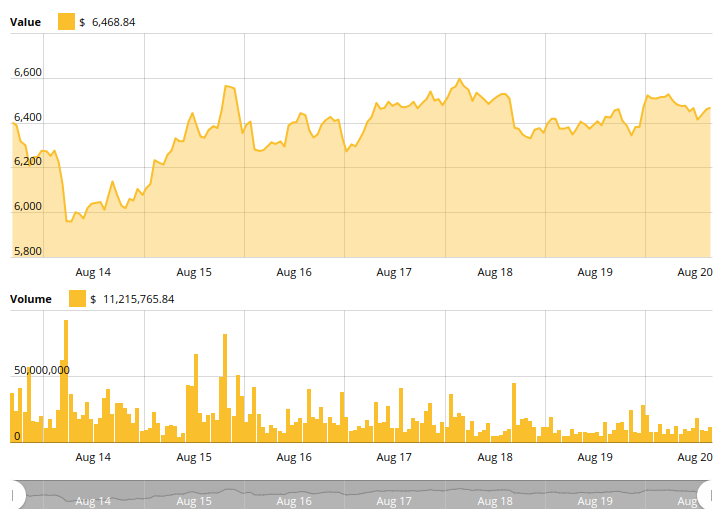 The situation on altcoin markets remains precarious Monday. Ethereum (ETH), which has seen considerably heavier losses than Bitcoin in recent weeks, dropped 4 percent in the 24 hours to press time, to again lose support at $300. 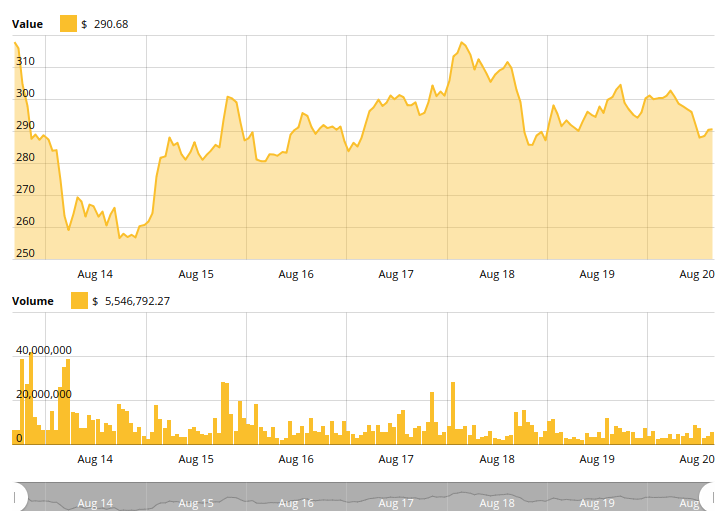 Having reached lows not seen since September 2017, ETH/USD has only marginally recovered, echoing similar woes among the major altcoin assets.

An exception to that rule this week has come in the form of Tezos (XTZ), which shot up 13 percent on news it would trade on major South Korean exchange platform Coinone.