As the crypto market is having a rough ride being with constant ups and downs, Bitcoin Cash [BCH] has seen good overall growth. The coin was pushed down to the eighth position when the bear market mulled almost every major coin but has fought the odds to settle on its previous favorite, fourth position. The lurking bear has caused a slip of the coin by 0.51%.

MACD line is under the signal line pointing towards a bearish market after a recent crossover.

Relative Strength Index indicates that the buying and selling pressures are evening each other out. 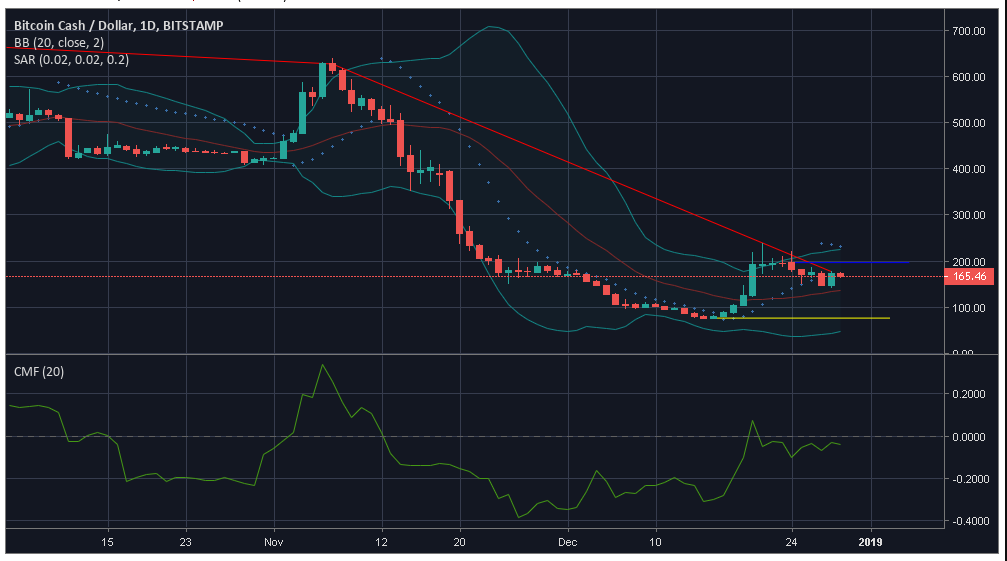 Bollinger Bands are far apart from each other, increasing the volatility. The moving average line was under the candlesticks marking a bullish market.

Parabolic SAR marks a bearish market with markers aligning above the candlesticks.

Chaikin Money Flow indicates a bearish market as the marker is under zero.

Namrata is a full-time journalist and is interested in covering everything under the sun, with a special focus on the crypto market.