A senior market analyst at eToro believes that the crypto world will grow larger as hedge funds realize its potential.

Mati Greenspan, a senior market analyst at eToro, sent Cryptovest an analysis via email in which he described potential shifts in the market for the cryptocurrency world. In it, he said that larger funds and economists are bound to see cryptocurrency as a potential valid financial tool.

“The main advantage that many economists and portfolio managers are now seeing is the use of cryptoassets as a powerful tool for money management,” he said.

Greenspan then pointed us to a graph representing the correlation between the S&P 500 and Bitcoin. 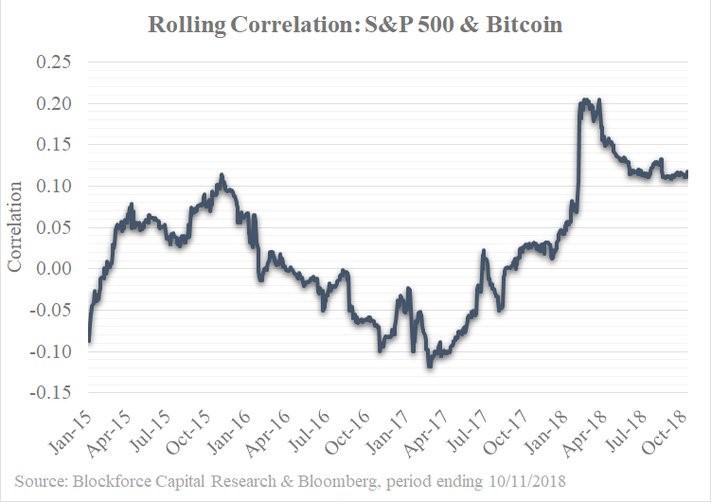 Inside the graph, a zero means no correlation. A score of one, consequently, means perfect correlation and a score of -1 means that Bitcoin’s trend is the exact opposite of the index.

“As shocking as this may be, we do need to consider that Bitcoin has only been traded by the general public in the last five years. During this time we’ve seen a record-breaking bull market in stocks. So we really have no indication of how and what might happen if bears ever end up visiting Wall Street,” Greenspan continued.

He then said that the lack of correlation between Bitcoin and the stock market presents a valuable and “exciting” new tool for hedge fund managers.

Eventually, this kind of phenomenon started to garner the attention of larger financial players like Goldman Sachs, which developed a trading desk for Bitcoin that was eventually tabled for other plans.

Considering these trends, it probably won’t be long before Bitcoin and other cryptocurrencies go more in the direction of speculative assets than currencies as market players bet on their rise and fall.