Friday, Aug. 17: all top ten cryptocurrencies by market cap have seen green today, with Ripple (XRP) and EOS up over 15 percent over the past 24 hours, according to Coinmarketcap.

Bitcoin (BTC) keeps gaining momentum, seeing a steady growth today with its price hovering around $6,500 point. The top cryptocurrency is trading at $6,495 at press time, up around 3.6 percent over a 24 hour period. Having plunged to as low as $5,961 earlier this week, Bitcoin is holding its weekly gains, up almost 7 percent over the week. 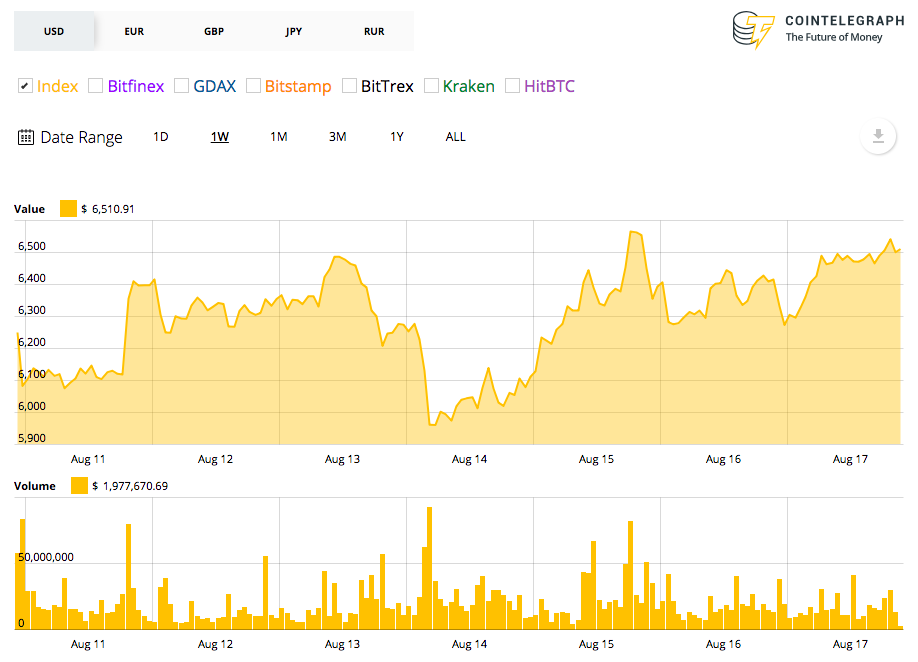 Ethereum (ETH) has also seen a significant recovery from its recent crash to as low as $259. The top altcoin has restored around 6.5 percent over the past 24 hours, currently trading at around $303 by press time, seeing intraday lows and highs of $284 and $304 respectively. 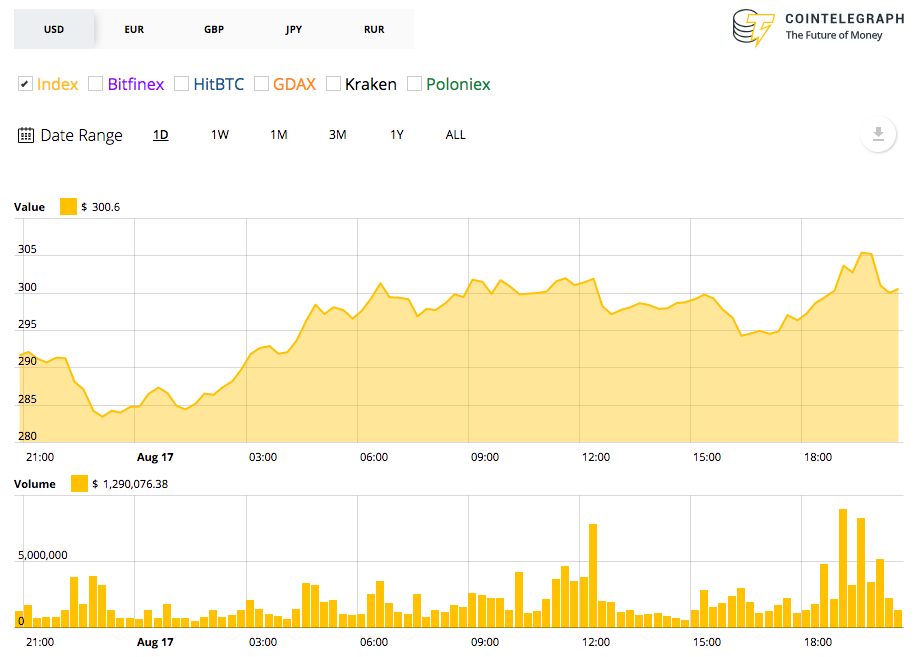 Total market capitalization is up $28 billion from its intraday low as of press time. After a massive sell off this week, crypto markets are now stabilized at around $217 billion. The total number of digital coins listed on Coinmarketcap is now 1,855. 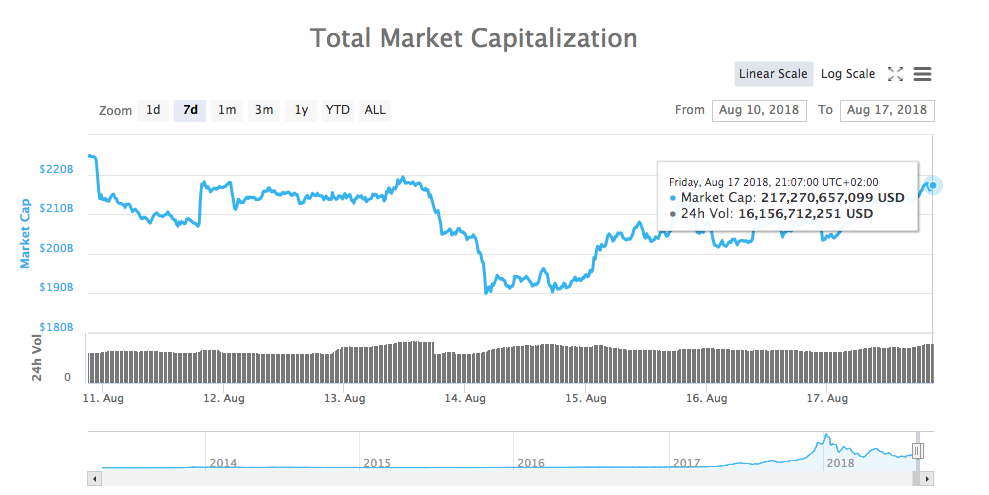 Bitcoin’s dominance on the market is slightly down this week after touching 54.3 point on Aug. 14. At press time, the market cap of Bitcoin amounts to 51.5 percent, following a small downward move. 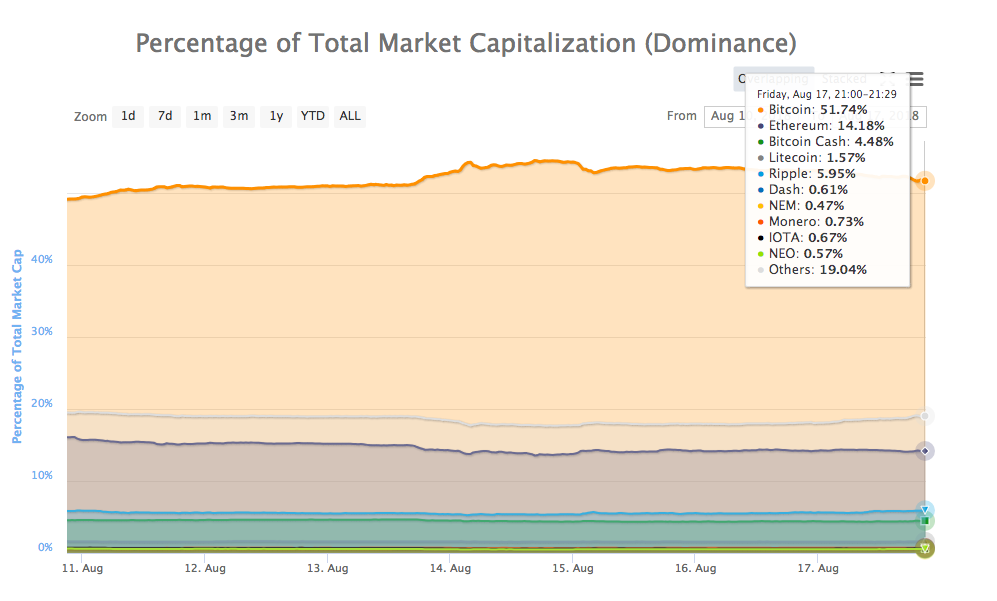 XRP and EOS are seeing the biggest increases in terms of the top ten digital currencies’ gains over a 24 hour period. Ripple is up almost 18 percent and trading at $0.34 at press time, up around 9 percent over the week according to Cointelegraph’s Ripple price index.

Yesterday, Ripple listed three more crypto exchanges on its cross-border payments solution xRapide within its intention to create a “healthy” ecosystem of digital asset exchange. The company teamed up with such exchanges as the U.S.-based Bittrex, Mexican Bitso, and Filipino Coins.Ph.

EOS has seen growth of almost 16 percent over a 24 hour period. The top fifth cryptocurrency is now trading at $5.29.

Yesterday, major U.S. crypto exchange and wallet service Coinbase listed now-eleventh top coin by market cap Ethereum Classic (ETC) in a move to bring higher liquidity to the cryptocurrency. Following the announcement, the coin has surged up to $14.20, and is up a negligible percent over a 24 hour period to press time.