The cryptocurrency markets are showing slight positive growth today March 10, with Bitcoin (BTC) rising back up above $9,000 and almost all of the top 100 coins, except one, listed on CoinMarketCap in the green as of press time.

Ethereum (ETH) is still below $800, but up from its monthly low under $700 yesterday, March 9. The top altcoin is trading now around $740, up around 5.5 percent over a 24-hour period by press time. Ethereum has consistently stayed below $1000 — a price point it had previously broken in mid-January — ever since the market dip in early February. 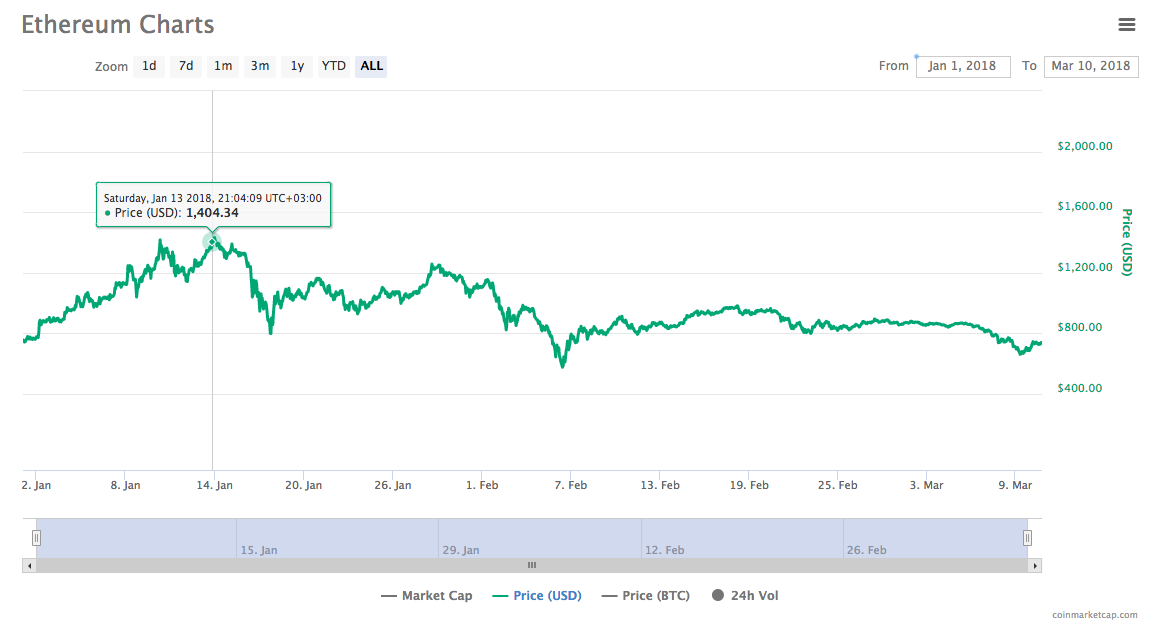 Of the top ten coins listed on CoinMarketCap, Bitcoin Cash (BCH) is up the most over a 24 hour period, around 9 percent, and trading around $1,084 by press time.

Altcoin Ripple (XRP) is up the least of the top ten coin on CoinMarketCap, a little more than 1 percent over a 24 hour period, trading around $0.84 by press time.

Total market capitalization for all cryptocurrencies is around $389 bln by press time, on the lower end compared to its February highs over $500 bln, but up from it’s monthly low of $344 bln March 9.

Although the markets are seeing a slight recovery today, the overall slump since the beginning of the year has been attributed to the $400 mln sell-off by the bankruptcy trustee of the former crypto exchange Mt. Gox. The more recently slump this week can be credited to global regulatory news, including the US Securities and Exchange Commission (SEC) announcement that all crypto trading platforms should register with the SEC.